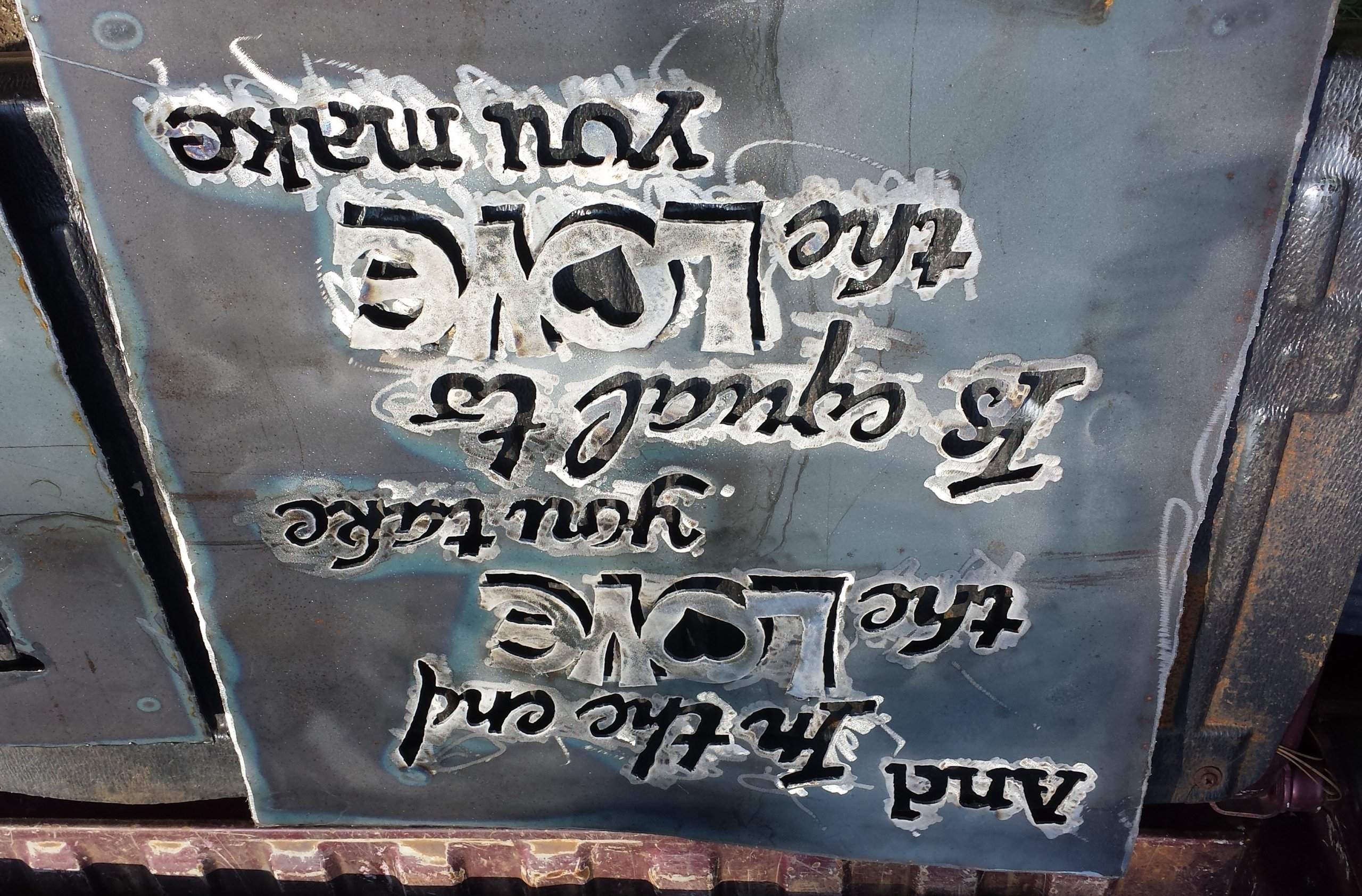 Cut out lyrics of Beatles Song.

“The End” is a song by the Beatles composed by Paul McCartney (credited to Lennon–McCartney) for the album Abbey Road. It was the last song recorded collectively by all four Beatles, and is the final song of the medley that constitutes the majority of side two of the album.

All four Beatles have a solo in “The End”, including a Ringo Starr drum solo. Starr disliked solos, preferring to cater drumwork to whoever sang in a particular performance. His solo on “The End” was recorded with twelve microphones around his drum kit; in his playing, he said he copied part of Ron Bushy’s drumming on the Iron Butterfly track “In-A-Gadda-Da-Vida”. The take in which Starr performed the solo originally had guitar and tambourine accompaniment, but other instruments were muted during mixing, giving the effect of a drum solo. The additional instruments were restored for a remix on the Anthology 3 compilation album. The drum solo was also later used at the beginning of “Get Back” on the 2006 album Love.

McCartney, George Harrison and Lennon perform a rotating sequence of three, two-bar guitar solos. The idea for a guitar instrumental over this section was Harrison’s, and Lennon suggested that the three of them each play a section. The solos begin approximately 53 seconds into the song. Geoff Emerick, the Beatles’ recording engineer, later recalled: “John, Paul and George looked like they had gone back in time, like they were kids again, playing together for the sheer enjoyment of it. More than anything, they reminded me of gunslingers, with their guitars strapped on, looks of steely-eyed resolve, determined to outdo one another. Yet there was no animosity, no tension at all – you could tell they were simply having fun.”

The first two bars are played by McCartney, the second two by Harrison, and the third two by Lennon, then the sequence repeats. Each has a distinctive style which McCartney felt reflected their personalities. Immediately after Lennon’s third solo, the piano chords of the final line “And in the end …” begin. Then the orchestration arrangement takes over with a humming chorus and Harrison playing a final guitar solo that ends the song.

To request more info on this piece, use the form below.